A world that demands change; and the story of the musical A Box of Memories

Presentation 1: Writing the stories and singing the songs: Music theatre as a medium for championing experiences of dementia

This presentation unpacks the development of A Box of Memories: A Musical, a new Australian piece of music theatre, that explores the experience of dementia from several perspectives - that of the person, their family and of a healthcare practitioner engaged in their care.

The work has been developed collaboratively by Erin McKellar, a doctoral student at Sydney University and Duncan McKellar, an old age psychiatrist and Clinical Specialist with HammondCare.

In this presentation, the co-creators will discuss how they engaged in the process of writing and composing in order to intentionally convey conflicts generated within the healthcare system in relation to dementia, and to capture the experience of intersectional marginalisation, where layers of disadvantage are experienced by the central character as they live with dementia.

The co-creators will also discuss how story and music powerfully offer opportunity for connection with an audience that creates awareness and is ultimately humanising.

Two-time Downbeat award winner, Erin McKellar, is an Australian vocalist, songwriter and composer. Erin’s musical, A Box of Memories, co-created with her father, Duncan, an old age psychiatrist, had a sell-out premiere season at the Adelaide Fringe Festival in 2022 and won a Bank SA Theatre Award. In 2016, Erin won the Beacon Award for Undergraduate Research at Adelaide University. In 2020, she was awarded the Helpmann Academy Rob Lyon’s Award for Voice. Her musical career is multi-faceted and has seen her perform at Dizzy’s Jazz Club in New York through to composing for Australia’s kids show Dance Star, music directing girl band G-Nation and co-writing songs for Eurovision-Australia Decides and The Voice. Erin has participated in workshops and intensives at the Julliard School and American Theatre Wing in New York and the Guildhall School in London. She is completing a Doctor of Musical Arts at Sydney University, exploring intersections of gender, age and dementia in music theatre through both her creative work and her research.

Wintringham has over 30 years' experience providing housing, support and aged care to people aged over 50 who have experienced homelessness and social and financial disadvantage throughout their lives.

We are one of a number of residential aged care providers across Australia working to reduce or stabilise severe behavioral and psychological symptoms associated with dementia, through the Specialist Dementia Care Program (SDCP).

All residents entering a SDCP meet the key criteria for the program, and are independently assessed before entry. Due to Wintringham’s expertise and specialised approach, the residents in our program have different or additional support needs to those in the other SDCP. Our residents have histories of complex support needs, and often dual diagnoses. The style of accommodation, approach to care and behaviour support has been tailored to meet the needs of this specific group. The SDCP model supports a multidisciplinary approach to focused assessment and treatment over a 6 – 12 month period, and has enabled some great stories of success for our residents.

This presentation will reflect upon our experience of providing a SDCP for a group of people who often are put in the ‘too hard’ basket.

Tanya Atkinson has a Masters in Occupational Therapy Practice, with a background in psychology, and has worked with older people experiencing homelessness for over 16 years. In a range of roles across both Victoria and Tasmania, Tanya has provided and overseen direct care services to older people experiencing homelessness. For Wintringham, Tanya has developed new homelessness, disability and aged care services in both regional and metropolitan locations, and managed evaluations and change management to support ongoing quality improvement across the organisation. Tanya has been a member of the Specialist Dementia Care Program (SDCP) weekly Clinical Review meetings.

Presentation 3: Dementia in Prison: Exploring the Prevalence and Impact of Dementia in Victorian Prisons

The number of older prisoners within our prison system is increasing. The health challenges faced by prisoners in general contribute to prisoners being considered 'old' within the prison system once they reach the age of 50.

The prison lifestyle, combined with the risk factor profiles of those incarcerated (higher rates of low educational attainment, smoking, substance use, head injury, psychiatric illness, unmet chronic health needs) suggests that older prisoners are likely to be at significantly higher risk of developing dementia than those of similar ages in the general population.

Surprisingly, however, we know very little about the prevalence of dementia within prison systems both internationally and locally, with no Australian data being available.

This study aims to determine the prevalence of dementia among older prisoners within Victorian prisons. Cognitive screening is being conducted on a large sample of older prisoners housed within 3 correctional facilities in Victoria, such that the overall prevalence of dementia within this vulnerable group can be ascertained, as a first step towards appropriate service planning.

This presentation describes the methodology, timelines and implications of this work for the sector.

Ella Modini is a provisional psychologist and a Doctor of Psychology (clinical and forensic) candidate. Ella has over 8 years' experience working with people living with dementia and carers. Having coordinated over 20 pharmaceutical clinical trials for Alzheimer's disease-modifying treatments, Ella is well versed in the assessment and support of individuals living with dementia. Ella was integral in HammondCare's start-up of clinical trial units and remains employed as a Dementia Centre Senior Clinical Trial Coordinator. Combining a passion for helping vulnerable populations in need with her dementia expertise, Ella's doctoral research focuses on understanding the prevalence and impact of dementia in a particularly vulnerable population, prisoners.

The need for intimacy is lifelong and intimate relationships are even more important following a diagnosis of dementia. However, stigma and discomfort can mean that people with dementia are not accessing support to guide decisions about sexual consent. Further evidence of a gap was highlighted by the Royal Commission which estimated there are 50 sexual assaults in residential aged care each week; and other research shows that in 58% of these sexual assaults, staff believe there are no negative impacts on the victim.

Theresa Flavin is an advocate and activist for the human rights of people living with dementia. Diagnosed with dementia in her mid-forties, Theresa has used her lived experience to help clinicians, researchers and the community better understand dementia. Theresa has a particular interest in supported decision-making in the context of intimacy, the importance of leadership and co-design in the development of policy and practice in dementia, and improving the experience of people living with dementia within residential care and the community.

*Please note that session timings may be subject to change. 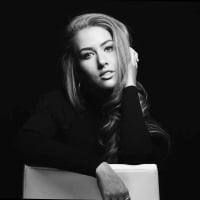 Erin McKellar is an Australian vocalist, songwriter and composer. She is currently undergoing her Doctorate of Musical Arts at the Sydney Conservatorium of Music. 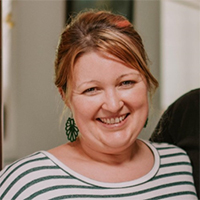 Tanya Atkinson has a Masters in Occupational Therapy Practice, with a background in psychology, and has worked with older people experiencing homelessness for over 16 years. 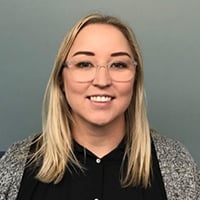 Ella Modini is a Provisional Psychologist and a Doctor of Psychology (clinical and forensic) candidate. Ella has over 8 years' experience working with people living with dementia and carers. 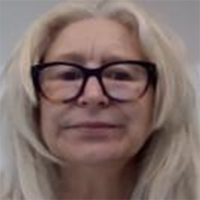 Diagnosed with dementia in her mid-forties, Theresa Flavin has used her lived experience to help clinicians, researchers and the community better understand dementia.