Meet Jennie - The role of artificial intelligence in dementia care

When I realised I needed to find a substitute for a live animal companion for my mother, I had no idea what that might be.  Ten years on we have Jennie and she’s a hit, explains Tom Stevens, CEO of Tombot. 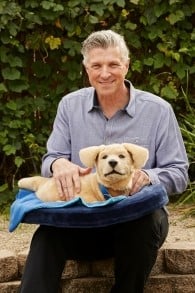 The benefits of animal assisted therapies are well known. Animals have been associated with providing people with positive physical, social, and emotional responses. And for a person living with dementia, interactions with animals can help stimulate short term memory and provide a sense of pleasure, comfort and relaxation.

Studies show animal assisted engagement to be an effective intervention to support people who may be experiencing behaviours and psychological symptoms of dementia such as depression, isolation, and anxiety.

Despite these benefits, there are drawbacks to providing this type of therapy in residential aged care due to hygiene and safety concerns. Not all people living with dementia will benefit, and some may even be fearful of some animals. It is important to talk with the person and family to understand if animal assisted therapy is appropriate.

As a result of these drawbacks, pet-robot interventions are becoming a common alternative to engagement with live animals.

Tom Stevens is co-founder and CEO of Tombot Inc., a California-based company that is creating the first artificially intelligent robotic dog that is looking to be approved by the FDA as a medical device.

Tell me about what inspired you to start Tombot.

My mother, Nancy Stevens, was the inspiration for Tombot - even the name “Tombot” was her idea. Nancy was always fond of animals, especially dogs. As Nancy got older, her dogs became her primary companions - none more important than her last dog “Golden Bear”. When she was diagnosed with Alzheimer’s dementia in 2011, she lost her ability to safely care for Golden Bear and I had to find him a new home. This devastated my mother. I began looking around for substitutes for live animal companions but couldn’t find anything she liked. I wondered whether an advanced robot dog might better. Nancy became our early prototype tester. One day Nancy asked what I would name the new company and I asked for a suggestion. She said how about “Tom?”  The name morphed into Tombot, giving her great joy whenever she thought about it.

Can you share your journey from concept to having your first prototype?

After researching the academic literature, I learned that dolls had some success for engaging people with dementia.  But my mother had no interest in dolls. I contacted researchers at Georgia Tech University who provided me with a methodology for quantifying observed behaviours that didn’t rely on any verbal information. Using the highest quality objects I could find, a human baby doll, a stuffed animal, and a mechanical toy dog and cat, I met with small groups of people living with dementia. I learned they had a universal preference for objects that moved over non-animated objects. Armed with this information, my co-founders and I began working with Jim Henson’s Creature Shop to create animated objects with differing levels of realism. What we ultimately learned is that people with dementia have a very strong preference for realism. That led us to create Jennie. 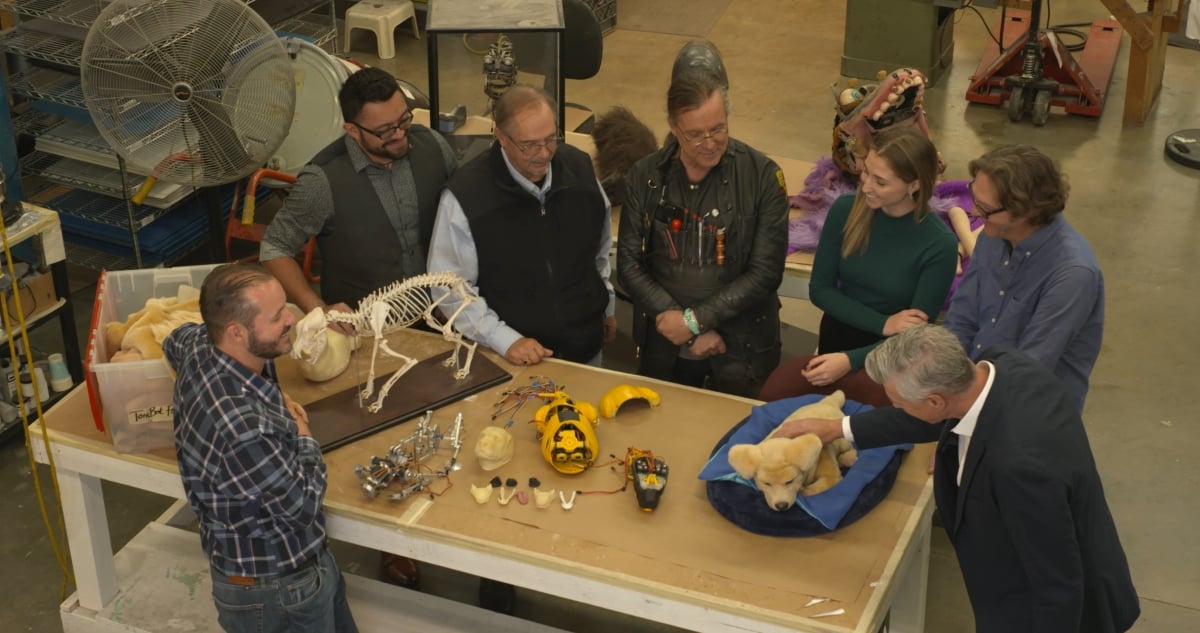 Above: Jennie the dog with the team at Jim Henson's Creature Shop. (Source: Supplied)

How does a person with dementia interact with Jennie and how does she respond?

The wonderful thing about Jennie is no training is required to interact with her. Virtually everyone has petted a dog at some point in their life. People with dementia immediately relate to Jennie as a dog, despite knowing she is a robot. Jennie is covered with sensors that allow her to respond to how and where she is touched; she responds to voice commands; she can feel herself being moved; and a variety of other sensors to help her understand her environment and exhibit behaviours that are appropriate to the particular context.

Can you share any stories or experiences of a person with dementia interacting and responding with Jennie?

The two most common reactions to Jennie are smiling and telling someone about how remarkable Jennie is. Even by people who infrequently smile or speak. When we were performing studies at a large assisted-living facility in Los Angeles, one woman got quite carried away telling her neighbour about how wonderful Jennie is and how Jennie makes her so happy. Afterwards, the memory care director came up to me and said she hadn’t seen that person speak with another resident in weeks. We realised then that not only could we help someone feel better, but also promote social engagement. We have since developed a couple of special features in Jennie that further enhance social engagement among people with dementia.

Where are you with the development of Jennie in terms of funding, production and testing?

Funding for a robotics start-up is very difficult. Traditional venture capital funds prefer software over hardware. We were fortunate in 2021 to land a few large investors and finally achieve the funding milestone necessary to make substantial progress on our production versions. We are in the process of closing the remaining funds we need to take us the rest of the way to first customer shipments. We are currently in the “Alpha” phase of production preparation, with first customer shipments now scheduled for early 2024.

Tom Stevens is CEO and co-founder of Tombot, Inc. He will be speaking virtually at International Dementia Conference: Brave New World as part of the expert panel discussion “Brave new world in the age of AI technology”.